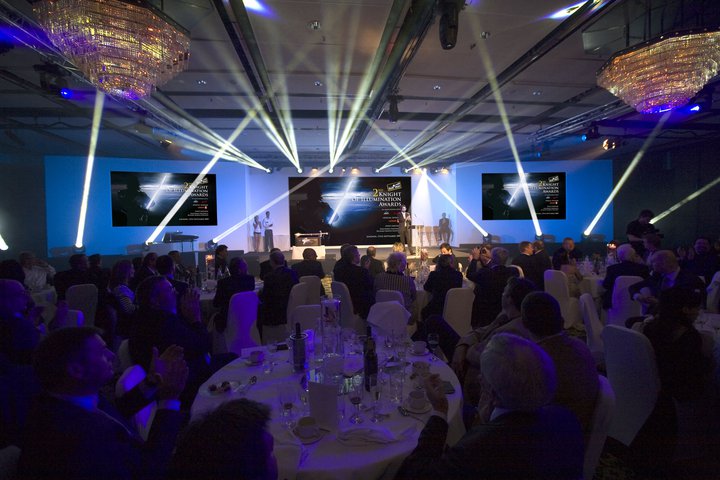 The second edition of the KNIGHT OF ILLUMINATION AWARDS, the only international awards designed and held to provide public recognition to lighting designers for deserving work in live and television shows, is at the starting blocks.

The award ceremony is organized by Clay Paky in association with STLD and ALD, and is sponsored this year by OSRAM. It will be held on 13 September 2009 at the Ibis Hotel, Earls Court, London.

The previous edition saw Dave Davey, Ben Smithard, Nigel Catmur, Al Gurdon (TV category), Jonny Gaskell, Richard Larkum (rock category), Lucy Carter, Paul Pyant, Paule Constable and Neil Austin (theatre category) triumph. They were presented with a customized real traditional medieval sword and given the title of “Knight of Illumination”, a slightly romantic and generous figure always ready to hold up and defend the values of integrity and professionalism in the world in which they work.

The contest has aroused great curiosity and interest among Professionals, also thanks to the precious cooperation of lighting design associations and the participation of the media, which have supported the event.

Applications to take part in the contest officially closed on 15 June 2009. Since that date, the judges have been at work analysing and assessing the best lighting designs in order to come up with the nominations and winners in each category.

The credibility and seriousness of the judgement and performance of the contest are assured by the integrity and professionalism of STLD and ALD, the two British associations of lighting designers that were directly involved in defining the nomination criteria and in charge of selection.

The award categories are:

The prize giving evening will take place during Plasa 2009, the important entertainment technology trade show at the Earls Court exhibition centre, London, and will be another chance for professionals to meet: lighting designers and show operators, associations and specialist media. At the same time, the awards will stimulate deeper communication between the world of lighting design and the lighting industry.