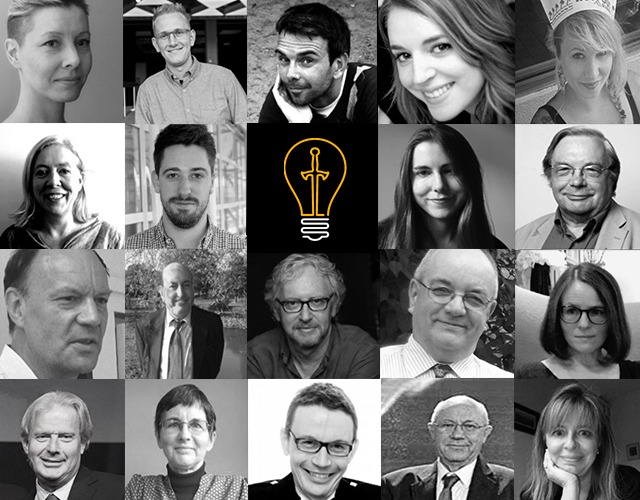 The Knight of Illumination Awards, which in 2018 marks its 11th year of celebrating the achievements of show lighting and video designers in Television, Theatre, and Concert Touring & Events, welcomes eight new additions to its judging panels this year.

The judging panels for each of the three disciplines consists of a range of critics and specialists with expert knowledge in their field who, once nominations have closed, will meet to select the three final shortlisted designs and one winner for each award.

David Benedict’s theatre panel welcomes three new judges: Zoë Anderson, critic for Dancing Times and author of The Royal Ballet: 75 Years and The Ballet Lover’s Companion; Michael Billington, chief theatre critic of The Guardian and author of State of the Nation: British Theatre since 1945 and The Life and Work of Harold Pinter; and opera critic George Hall who has written for The Guardian, The Stage and Opera magazine.

David Benedict comments “I am delighted that Zoë, Michael, and George have joined the panel for this year’s KOI Awards. Their extensive experience writing about each art-form across all areas of print journalism and beyond will prove invaluable in our fierce, often long-argued deliberations.”

“It’s wonderful to see the esteemed judging panel expand this year,” says CT&E Chair Jess Allan. “Christopher brings an interesting perspective as a lighting designer working in the architectural world. Jo has a wealth of experience in the world of video, as well as many years attending gigs and working with designers, so has great insight on the workings of a show and the challenges designers face. David is our real-world perspective, with decades of experience as a rock and pop critic.  It’s important to have a juxtaposition of someone who is not working in the technical side of industry, and David’s observations of our designer’s submissions will be welcome addition to our judge’s deliberations.”

New this year to the KOI Television judging panel is Rachel Cooke, Television Critic at The New Statesman. Rachel also writes for The Guardian and The Observer and was named ‘Interviewer of The Year’ at the 2006 British Press Awards.

“It’s my pleasure to welcome Rachel to the television judging panel,” says Stuart Gain. “We’re delighted to have an extra pair of eyes to help us sort through the stunning nominations we receive. With the inclusion of the new judges, it’s hoped that we’ll be able to further spread the KOI name and we can continue to grow the recognition our designers deserve.”

“It is fundamental to the KOI awards that the work submitted, or in the case of Theatre reviewed, is judged by as wide a range of professional peers, critics and journalists as possible and this year’s panels reflect this aspiration perfectly,” say KOI co-founders Durham and Jennie Marenghi. “Good luck to all who are shortlisted!”

Nominations for the 11th annual Knight of Illumination Awards are now open until 30 June and can be made through KOI’s brand-new website: https://knight-of-illumination.com/television-nominations/

The winners will be unveiled at the 2018 ceremony and gala dinner at London’s Eventim Apollo, Hammersmith on 16 September 2018.