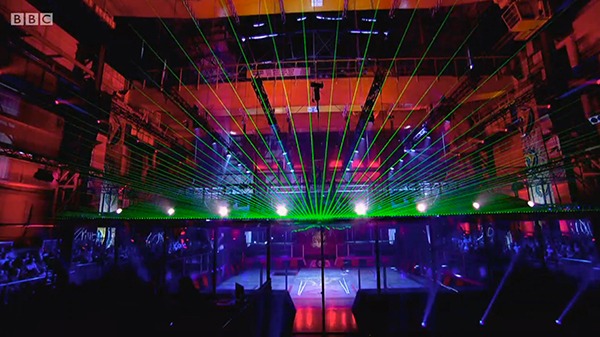 UK – The third and final category shortlist for this year’s prestigious Knight of Illumination Awards has been revealed.

The announcement of the TV shortlist follows Theatre and Concert Touring and Events which were disclosed earlier this month. The 2016 TV judging panel is made up of Stuart Gain (Chairperson) and STLD committee members John O’Brien, Andrew Dixon and Alan Luxford.

THE PHILIPS VARI-LITE AWARD FOR DRAMA – Sue Gibson for Death in Paradise, Martin Kempton for Upstart Crow and John Sorapure for Hunderby

THE LIGHT INITIATIVE AWARD FOR EVENTS – Nigel Catmur for Tom Jones and Rob Brydon: One Big Night, Bernie Davis for BBC Proms Season 2015/2016 and Roger Williams and Zac Nicholson for The Sound of Music Live

THE VER AURORA AWARD FOR SMALL STUDIO – Iain Davidson for Thronecast, Dave Evans for The One Show and Jeremy Tobert for Weekend

THE SGM AWARD FOR VIDEO GRAPHIC DISPLAY – 59 Productions for the BBC Proms 2016 Cello, Joe Phillips and Nicholas Reyniers for You’re Back in the Room and Julien Rigal for The Voice UK Final 2016

“This year we tightened up the judging panel to have a more focused process for appraising the spectacular standard of work entered,” explains Stuart Gain. “The video graphic display category in particular has stood out as video and projection mapping is becoming ever more advanced with some stunning results.”

The Knight of Illumination Awards was originally conceived by Italian lighting manufacturer Clay Paky. It is coordinated by lighting designer Durham Marenghi, who designed the opening and closing ceremonies for Rio 2016, and his partner Jennie, and organised by industry associations the ALD and the STLD and content creation, communication and events agency The Fifth Estate Ltd.

The Awards is a celebration of the creative talents of international lighting and digital content designers working in the UK across TV, Theatre and Concert Touring and Events. For the first time in the event’s 9-year history the ceremony and awards dinner will take place at London’s iconic Eventim Apollo on Sunday 18th September.