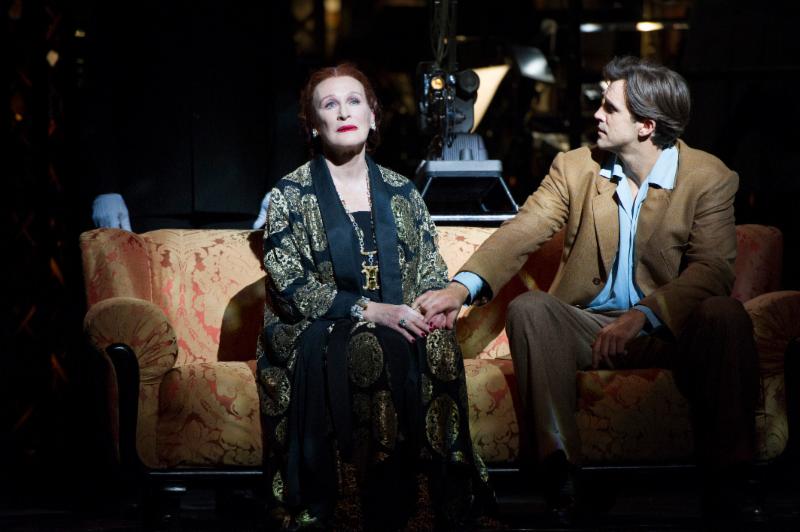 Now in its 9th year, the KOI Awards is a celebration of the creative talents of international lighting and digital content designers working in the UK across TV, Theatre and Concert Touring and Events. The Knight of Illumination Awards is organised by revered lighting designer Durham Marenghi and his partner Jennie, prestigious industry organisations the Association of Lighting Designers (ALD) and the Society of Television Lighting and Design (STLD) and content creation, communications and events agency The Fifth Estate Ltd.

The Theatre shortlist is the first to be revealed, after a panel of senior critics from national newspapers and magazines deliberated over the finest lighting and video work in the categories of Dance, Musicals, Opera, Plays and Projection Design.

THE HAWTHORN THEATRE AWARD FOR MUSICALS – Christopher Akerlind for Into the Woods, Menier Chocolate Factory; Mark Henderson for Sunset Boulevard, English National Opera; and David Hersey for Show Boat, Sheffield Crucible (judged by Georgina Brown of the Mail on Sunday and Matt Trueman of Variety)

THE FIX8GROUP THEATRE AWARD FOR PROJECTION DESIGN – Will Duke for The Encounter, Edinburgh International Festival/The Barbican; Gergő His and Róbert Zentai for The Magic Flute, Budapest Festival Orchestra, Southbank Centre; and Peter Mumford for The Ring Cycle, Opera North (judged by the full panel)

Culture critic and broadcaster David Benedict is chairperson of the Theatre category. Formerly arts editor of the Independent and the Observer and chief London critic for Variety, he currently reviews for BBC Radio 4 arts programmes and The Arts Desk.

“In this, the ninth year of the KOI Awards, working conditions for lighting designers continue to be extremely pressurised but the quality of imagination and execution in the nominated work remains as high as ever,” he states. “We have also seen developments in the use of projection design, as both a dramatic and a design device. It is growing ever more sophisticated across all forms of live theatre, from opera to small-scale dance, and so picking a winner is getting harder every year.”

“Once again the Theatre judges have an exciting range of theatrical lighting and projection design to appraise and this process has raised the awareness in our national press of the value and contribution of good lighting and visual imagery to the creative arts performed in the UK,” says Durham Marenghi. “All those nominated and all those who create with light in this country should be proud of the standards that are regularly achieved and we at the Knight of Illumination Awards are proud to recognise these skills.”

The Theatre winners will be announced at the KOI Awards ceremony on September 18th at the Eventim Apollo, Hammersmith.